If your vehicle has some damage, usually due to hail damage, you may not want to do repairs due to the cost. Even with other types of  damages, paintless dent repair may be an option. 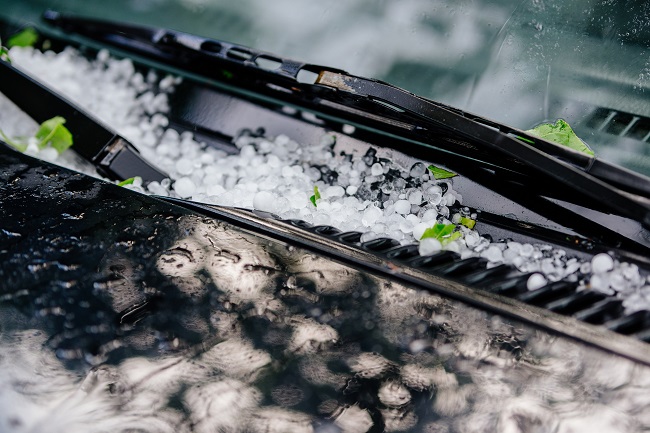 Here are some benefits of paintless dent repair.

It takes less time. While regular cosmetic work on a vehicle could take a few days or even weeks, your vehicle could be repaired in a matter of hours using paintless dent repair.

Since your vehicle is not undergoing traditional bodywork, it will be able to retain its value afterward. Vehicles that are repaired can lose value. However, with paintless dent repair, the factory finish isn’t’ changed so it can still be considered original.

It is also environmentally friendly. Bondo, solvents, and paint can be quite toxic. All of those harmful fumes are released into the air. If you aren’t repairing and painting your vehicle, you could be saving the environment a little bit.

Most people cringe when they think about bodywork. Not only does it take a lot of time, it can also take a lot of money. Now, there is another option. Paintless dent repair can fix many dents in hours instead of days. This leads to much cheaper bills that even the insurance company should cover. Plus, it is more environmentally friendly, which is a big benefit for many.

Our expertise allows us to work on the most demanding of collision repair projects, but we specialize in every make and model car, truck, and SUV. Doing it right is our passion. Best in Show has been an active member and sponsor of the North Texas Viper Club and Viper Club of America since 2004. Please visit out “Snake Pit” page for any Viper assistance. Learn More

When your principle means of transportation is put in jeopardy, you want your vehicle fixed correctly and quickly. We understand how difficult is can be to have no ride to work or leisure activities. Best in Show Collision Repair will provide you with the utmost care and have you back on the road in no time. Learn More

“You have enough things to worry about after an accident. Getting your car repaired shouldn’t be one of them.” -M. Testolin

Scroll back to top